Based well north of the Arctic Circle, the Arctic Philharmonic is the world’s northernmost professional orchestra. Since its founding in 2009, the critically acclaimed orchestra has become one of northern Norway’s largest and most active cultural institutions, performing around 150 productions in various formats each year.

The orchestra regularly commissions new works, and aims to present contemporary Norwegian music with particular focus on the High North, while at the same time programming a broad spectrum of the shared musical heritage.

The organisation of the orchestra is unusual and innovative, as it is located in two arctic cities, Bodø and Tromsø, with the whole northern region as its arena. The Arctic Philharmonic has also made its presence felt internationally with high profile performances at prestigious concert halls such as the Mariinsky Theatre, Beethovenhalle, Großes Festspielhaus, Musikverein and Concertgebouw.

The Arctic Philharmonic alternates between different ensemble formats, from smaller groups to sinfonietta and chamber orchestra, or – when all the musicians are gathered – as a symphony orchestra. 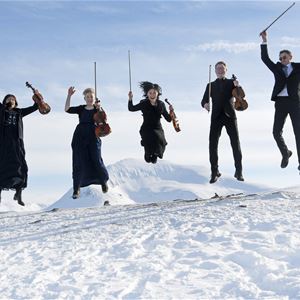 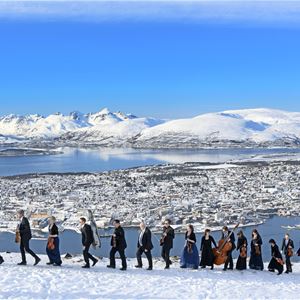 Powered by Citybreak ™ - the leading Destination System
Back to listing

Our local knowledge, your experiences.