There are many reasons to visit Norway. Mountains, fjords, Northern Lights, Sami culture, whale watching and so much more is waiting for you, and the Norwegian people will be happy to welcome you. If you visit Norway we can guarantee you once-in-a-liftetime experiences and a chance to check off your bucketlist. Are you dreaming of playing in the snow during Polar nights? Or go cycling through mountains and fjords under the Midnight Sun? Here is a list of the best experiences Norway has to offer.

There are mountains all over Norway, and they’re usually available within a 3 hour radius to where you are located. In Northern Norway you might have the most spectacular views walking up and down mountains along fjords, white sand beaches and other mountain ranges in the horizon. In Tromsø you will find up to a 1000 hiking opportunities on the Tromsø island, in mountains on Kvaløya and Sommarøy, as well as steep snowy mountains for ski touring in the Lyngen alps. Explore more and book mountain and hiking adventures here.

The Norwegian fjords. So many of you have seen them on pictures when you were young, on TV or on Instagram, and for many it is a dream to visit them. You can see fjords all over Norway, but did you know that the classic Geiranger fjord and Hardanger fjord is quite different from the fjords in Northern Norway? Both will give you unforgettable nature experiences with steep mountains rising from the water edges, as well as rich wildlife experiences. In the north and in Tromsø you can go on fjord exursions both winter and summer. Choose to go by car, minibus or bus. Another way to enjoy the Norwegian fjords is to go on a boat trip. Either way, the Norwegian fjords will always be something special. 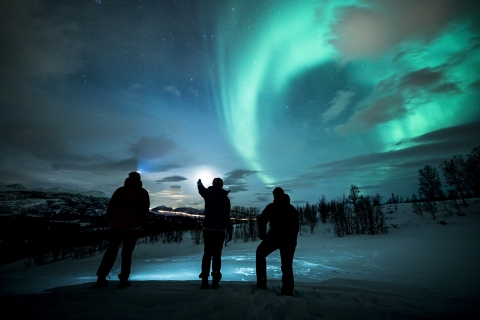 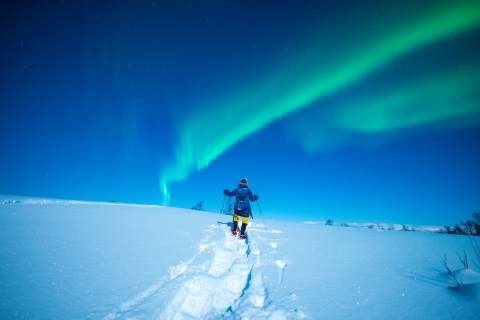 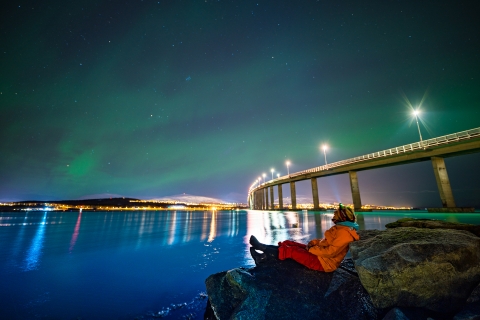 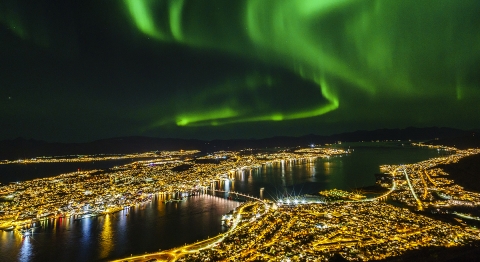 Norway is often referred to as the “Land of the Midnight Sun”, and for good reason. In the period between late May – late July the sun never sets in Northern Norway, and you will be able to enjoy full daylight 24/7. The Midnight Sun creates magical shades of light throughout the day and night, and you might have trouble falling asleep. The people in Northern Norway loves going on hikes under the Midnight Sun, as well as other activities like boat trips, fishing and just spending time with friends and family. You can read more about the Midnight sun here.

Cycling in Norway you will be rewarded with fresh ocean views, rough terrain through deep forests and bicycle routes through steep mountains and fjords. Sometimes all of this in one go. Bringing your bicycle or renting one in Northern Norway, you can see most of the Tromsø region on a bike. Ride from Tromsø, via Sommarøy and take the boat to Senja, continuing back via Målselv and Lyngen. The Midnight Sun makes sure you have daylight during your entire bicycle route during summer. You can rent bikes in bike shops like Tromsø Outdoor. Enjoy your very own Arctic coast cycling tour!

Go skiing in Norway, like many Norwegians will do, both during summer and winter. For downhill skiing you can go from summit to sea in Narvik ski resort or enjoy a urban city life combined with downhill skiing in Tromsø Alpinpark. Cross-country skiing in and around Tromsø you will meet many Tromsø locals around Prestvannet or on tracks in Kvaløya and Tromsdalen. Summer skiing is particularly popular in the Lyngen Alps, and Lyngen ski touring is widely known between skiing enthusiasts from all over the world. It is rare to find such untouched mountainsides stretching right down to the shore other places in the world. Because of the climate, the peak season for ski touring is from mid February till the end of May. You can read more about Lyngen ski touring here.

The Sami are the northernmost indigenous people. Sami culture in Norway is the oldest culture and stays strong, especially in Northern Norway. Traditionally Sami people have supported themselves through fishing, farming and hunting. Today, many live outside the traditional Sami areas and have moved into towns in Northern Norway, Oslo and other areas in Norway. When visiting Northern Norway and Tromsø you will be able to join experiences to learn more about the Sami culture. Learn about the history, join reindeer feedings, dogsledding and lasso throwing, as well as tasting traditional Sami food. Meet Alice, Kine and Mariann to learn more about their history and heritage, or have a look at our Sami experiences here.

The whale watching season in Norway can be enjoyed all year round, but in different locations as the whale follows the herring in the fjords. It is therefore best to check from year to year where you can meet them. It is common to book a guided tour to see the majestic humpbacks and killer whales in their natural surroundings. The season for whale watching in Tromsø is usually from November to the end of January. You can have a look at our whale watching safari and tours here. It is important to us to protect these animals the best we can, so we hope you will take your time to read our whale watching guidelines as well as our guidelines for in-water activities with whales.

Winter months in Norway is usually December – February, but it varies where in Norway you go. In the South and West you might not get any snow at all, only colder temperatures. If you go to the North you will have a much colder period and snow usually from October – April. In Northern Norway you have full darkness above the Arctic Circle in the Polar night season. Going to Tromsø in winter you will experience Polar night from the end of November to mid January, and the Northern Lights season from late August till late April. Read our article on 10 reasons to visit Tromsø during winter to be fully prepared for your visit.

Summer in Norway means longer days and shorter nights, especially in Northern Norway. Above the Arctic Circle you get to experience the Midnight Sun from late May to late July. The weather during Norwegian summer can be everything from cool summer nights, to hot days around 25 degrees. When visiting Northern Norway during summer, we recommend bringing layers of clothes. You can read our article on how to dress in the Arctic here. Spend your days and nights on white sand beaches and walking steep mountains with magical views. Read our article on 10 reasons to visit Tromsø during summer here. 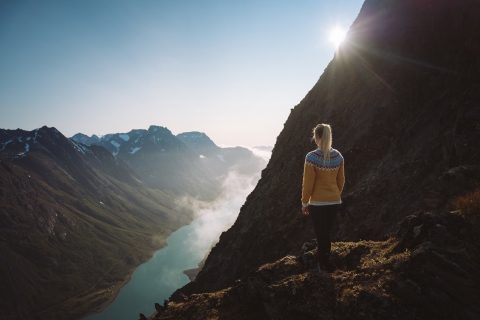 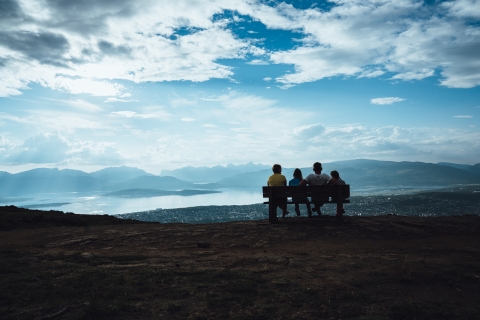 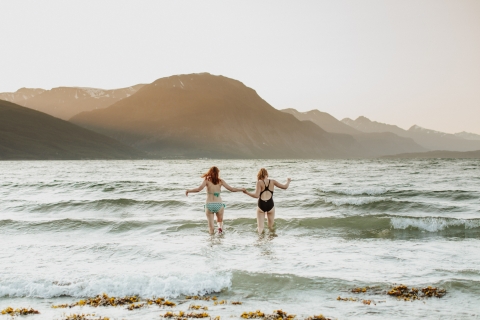 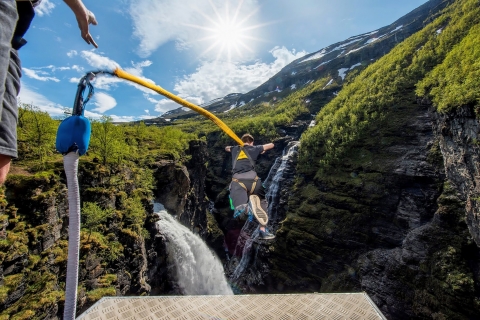