Fishing in Norway has been part of the culture for over a thousand years, and still is for many. Northern Norway has some of the world’s richest oceans and Tromsø is the biggest fishing municipality in the county of Troms, as well as one of the biggest in the country. In the late 19th century Tromsø became a base for many polar expeditions for overwintering trapping of seal, whale, and polar bears. Our city was known as “the gateway to the Arctic”.

Surrounded by ocean, and close to rivers and mountain waters, the Tromsø-region is an exciting part of Norway for all sorts of fishing. Go salmon fishing in Målselva under the Midnight Sun during summer, or deep sea fishing on the ocean during winter. The options are many and is sure to make you feel like a true Norwegian.

As you now know, fishing is an important part of the local lifestyle in Northern Norway. At the harbor in Tromsø you will find a range of fishing boats that will take you out to sea both summer and winter. Catch cod, pollock, mackerel, haddock and halibut in the fjords surrounding Tromsø. If you go on tours your guides will take you to the best spots, and you will almost always be guaranteed success. The nature experience might be worth the tour itself, and in addition to the fresh air and colored skies (depending on the season) you might get lucky and meet sea eagles and small dolphins. During winter we get the most beautiful “blue hour” as the sun goes down, which is a perfect time for fishing. Some say the colder the water, the bigger the fish.. In summer you can go out at night and enjoy fjord and sea fishing under the Midnight sun.

Remember that you need a fishing license if you want to do freshwater fishing in waters and rivers in Norway. You can buy the license with local landowners and fishing organizations, or online at inatur.no. You will also find them in selected stores and sports shops. 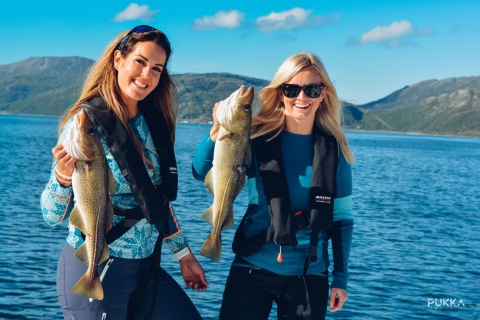 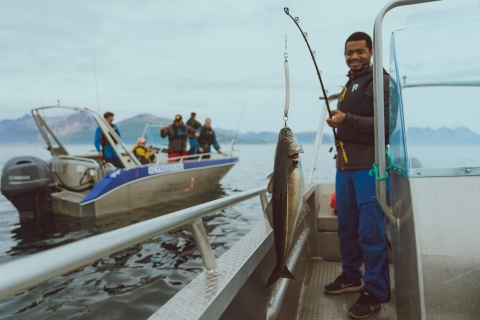 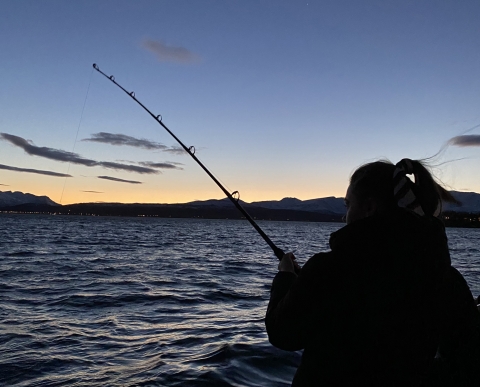 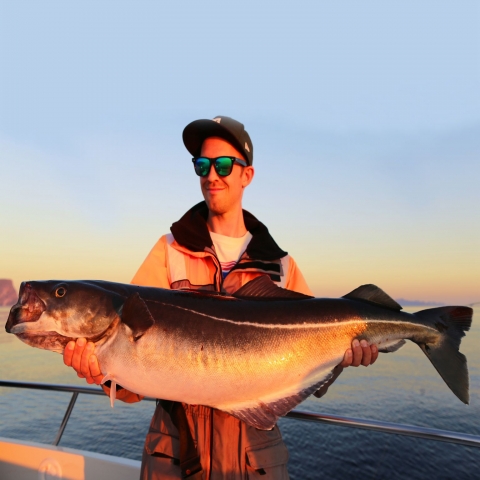 The season for freshwater fishing is during summer (May – September), but you can still go ice fishing during winter when the lakes freeze. Trout, char and pike are the most common freshwater fish species in Northern Norway, as well as salmon in rivers. You will find lakes and mountain waters throughout the Tromsø-region, both along the road and further up in the mountains. During summer it is popular to go tenting and fishing. During winter it is recommended to go on ice fishing tours as the guides will know which waters are safe to fish on. 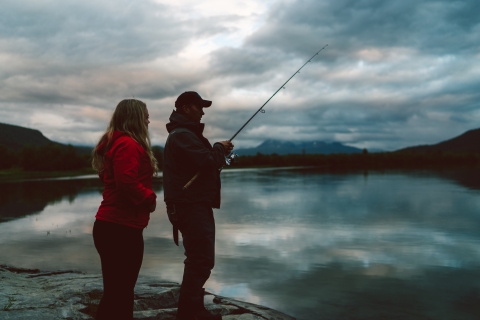 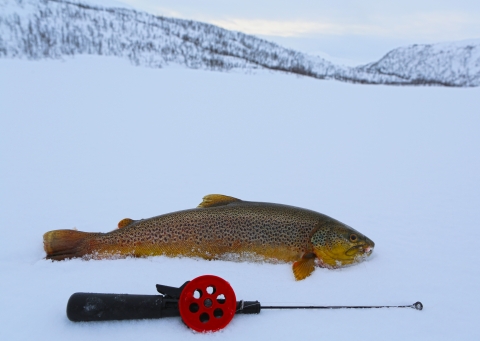 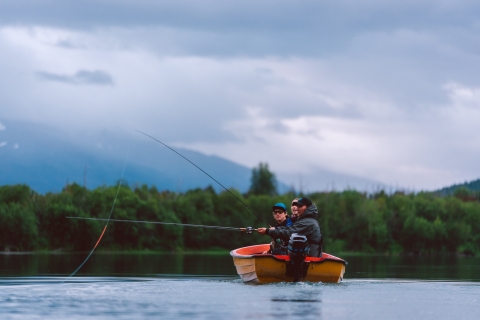 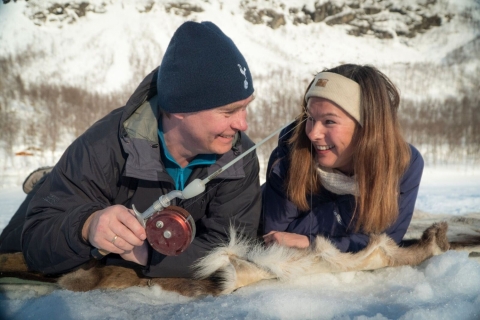